Well, another games night came and went - up this time... Space Hulk!

Mission: Cleanse and Burn Terminators: Prospero, Cortez Genestealers: Deathbringa
Objective: 2 Squads of Terminators have to fire their heavy weapons into target rooms. When this happens, they win. If the Genestealers get them though... 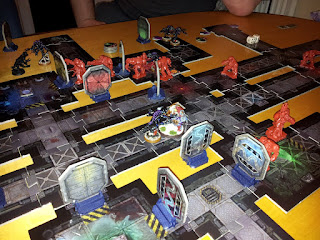 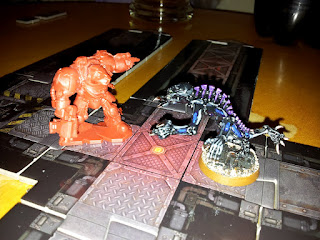 The marines advance, and an alien is sent off. Bad Genestealer! Go to your room!!!
The marines achieved their objective with minimal casualties, but we decided to finish the turn that they did this (they went first, and the game should end as soon as their mission is completed). This allowed the foul xenos some measure of revenge as they wiped out half the marines! If the good guys had been just a little slower it could have been a very different outcome... 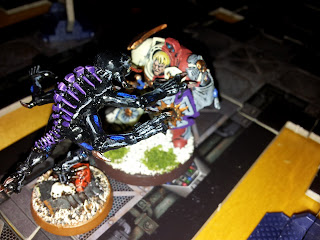 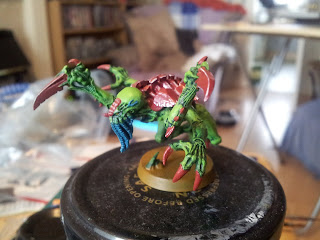 Following the game, I decided to get on with painting some Genestealers, as I have loads - many of which are the older type and poorly painted from many years ago. (The painted ones used in the game belong to Deathbringa) The final picture is a work in progress shot of the first of the new batch (breed?). Quite pleased with how its going.
That'll be it for now,
Prospero out.
Posted by Prospero