This one is a bit of a mixed bag, as I've also been incredibly busy these last few weeks. Like Deathbringa, I also attended the Yorkshire open heats, using my Knights Sanguine. Unfortunately, I didn't have a decent camera, though I am pleased to report / boast (delete as applicable) that my army won the best painted award. 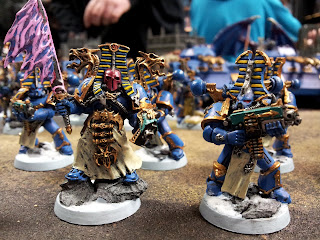 My first game was a draw against Chaos Space Marines, while the second was a defeat at the hands of those sneaky Eldar. My final game ended in victory against Tau - by quite a large margin - consolation for having been completely wiped out in the previous game. I will be attending the finals at the end of this month. 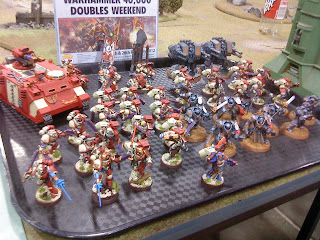 Then, before the bolters had even had a chance to cool, it was off to Warhammer World the following weekend for the Doubles Tournament. I had attended this event last year, and was pleased to see a much greater variety of non-marine armies this time. I was teamed up with a friend who was using Grey Knights.


We won our first game vs Imperial Guard / Grey Knights, before having a very tightly fought draw against a Dark Eldar army (the best game of the weekend, in my opinion). It was all downhill from that point onwards however, as we lost our 3 remaining games to Eldar/Dark Eldar, Orks, and Blood Angels/Space Wolves. Oh well... better luck next time I suppose!


I'll throw in the fact that our 11th Legion team almost won the pub quiz in Bugmans on Saturday night (winners had 1pt more). 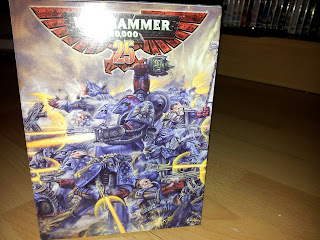 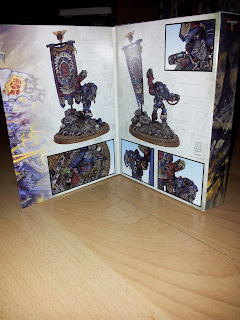 When I arrived home, this chap was waiting for me. 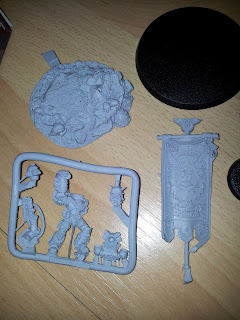 This is the first Finecast model I've owned, and though I'd heard many opinions on the quality both good and bad I have to say I have no complaints so far! 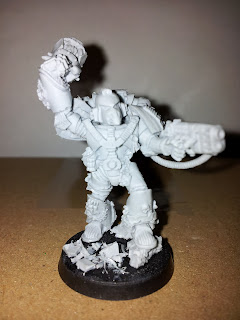 So here he is, ready for the painting table. Time to break out the yellow...
Posted by Prospero