As promised, some more shots of my Knights Sanguine. I'll be using many of the units pictured here in some tournaments this month, and have been making sure the details on everything are completed. So, here goes... 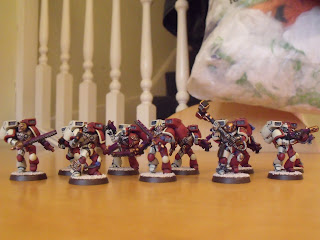 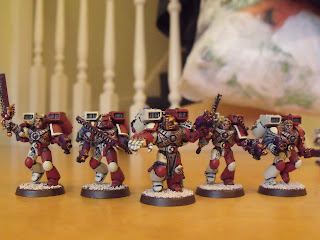 Assault Squads 1 and 2a 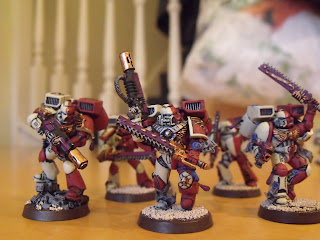 Assault Squad 2b and some Assault Marines / Sergeants on foot. These are usually mixed up in various combinations to form a third and fourth squad. 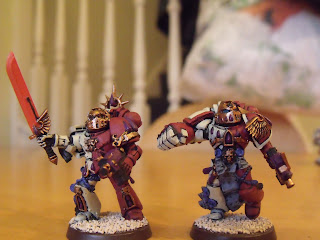 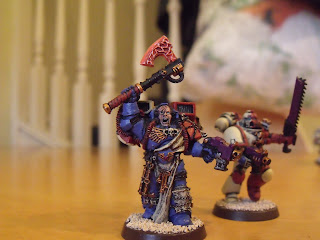 My army is led by a Librarian - In my opinion the best value HQ choice! 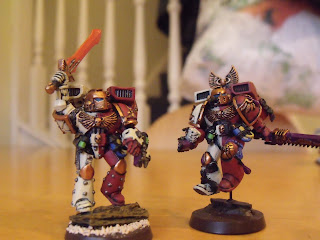 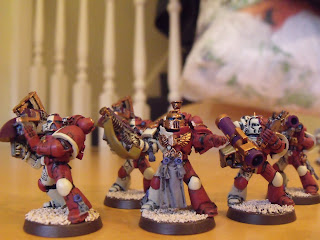 ...and where would I be without a healthy dose of Sanguinary Priests to undo damage, along with Devs and Terminators to deal it out - to the other army, of course! Let's not forget Mr. Furioso either (name changed to protect his identity) - it can get a lot done once it gets started. 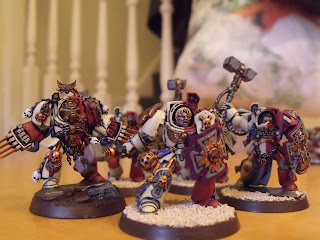 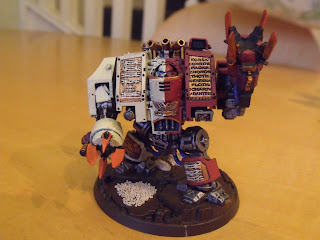 And last, but not least, the entire army! 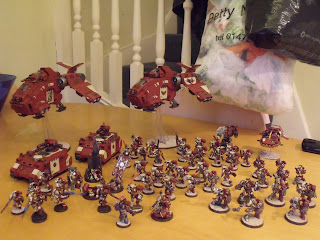 Thanks for taking a look - Prospero out.
Posted by Prospero